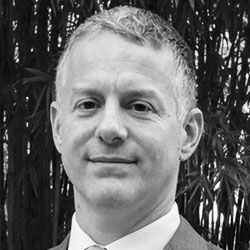 David Gaddis Ross is the R. Perry Frankland Professor at the University of Florida’s Warrington College of Business Administration. He studies the governance of firms, with a focus on gender issues.

Professor Ross has published extensively in leading business school journals. His research has been featured many times in media like The Wall Street Journal, The New York Times, The Washington Post, NBC Nightly News, The McKinsey Quarterly, Forbes, Huffington Post, Bloomberg, Businessweek, The Sunday Times, and The Economist.

He is also a contributor to PayAnalytics, an interdisciplinary effort by several researchers to help companies address pay equity in their workforces.

Prior to becoming an academic, he worked for over a decade on Wall Street in South Korean country coverage, privatizations, mergers & acquisitions, and regulatory arbitrage.

Highlights of Professor Ross’s research include the following: