You are here: Home1 / about us2 / Marie-Christine Maheas 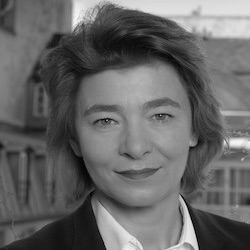 A French-Canadian (double citizenship) Harvard Business School Executive Education graduate, Marie-Christine Mahéas is an engineer specialised in industrial and applied mathematics, and computer sciences. Throughout her career in Canada and Europe, she held executive sales, consulting and operations positions in the Transport, Travel and Hospitality IT industry, with the Canadian Armed Forces, American Airlines/Sabre, Carlson Wagonlit, Atos and CGI, and lastly with SilverRail Technologies.

Director of the think tank ‘Women Entrepreneurs’ of Positive Planet in 2011-2013 and founder of the Professional Women’s Network‘s award ‘Responsible Entrepreneur Prize’ (PWN, https://www.pwnglobal.net/, 800 members), she has been active in studying and supporting workplace gender balance for more than 15 years. Marie-Christine Mahéas was PWN’s President from 2011 to 2013.

She specialises in gender dialogue between professional men and women and edited a collective book “Gender balance, when men step up” both in French and English for which she interviewed 12 CEOs of the largest French companies on their commitment for gender balance in the workplace (http://www.genderbalancewhenmenstepup.com).

Since 2013, she has been part of the French government delegation of the Global Summit of Women (GLOBEWOMEN RESEARCH & EDUCATION INSTITUTE – Promoting women’s economic progress worldwide through research and best practice exchanges..).

Since 2016, she is the coordinator of the think tank Observatoire de la Mixité (Observatory for Gender Balance) who works on the Gender Balance initiatives that have a true impact in the workplace (http://www.capitalisme-responsable.com/observatoire-de-la-mixite/). The Observatory is sponsored by M. Michel Landel. In this context, she created and now facilitates a “CEOs club” and is coordianting a series of actions and communications in favour of gender balance, intended to influence other CEOs in the same direction. The CEOs club, among other actions, works closely since 2020 with the French ministry for equality between men and women toward measures to increase the proportion of women among executives. The Observatory for Gender Balance produced solutions for gender balance in the workplace: 6 effective measures to accelerate gender balance in the workplace.

In November 2016, MC gave a « TED talk » at the TedX Champs Elysees Women, where she gave her vision of where men sit today regarding gender balance in the organizations (in French: http://www.rtl.fr/girls/identites/videos-les-meilleurs-moments-des-tedx-champs-elysees-women-7786585563). She is a regular speaker in many companies or events on that same topic.

MC is a teacher in Management at Sciences Po Paris (https://www.sciencespo.fr/en/home) to students in master’s degree of Public Affairs. 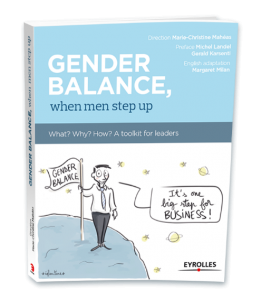